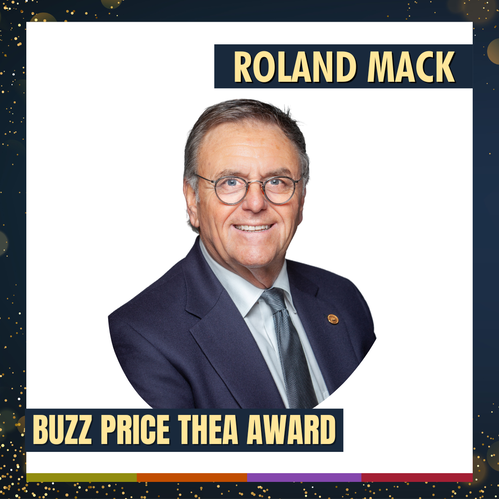 Biography
Roland Mack was born on 12 October 1949 in Freiburg. After completing his degree as a graduate engineer at the Technical University of Karlsruhe, Roland Mack went into the family manufacturing company, Mack Rides in Waldkirch. In 1975, he founded Europa-Park together with his father. In addition to his position as managing partner, Roland Mack was also one of the founding members of the VDFU (German Association of Amusement Parks). Furthermore, he was active in the IAAPA (International Association of Amusement Parks and Attractions) for many years and even appointed as its chairman − the first German in the association’s 95 year history. Among many other decorations, Roland Mack was made an honorary doctor, received the Order of Merit First Class of the Federal Republic of Germany and was inducted into IAPPA´s coveted Hall of Fame – a feat only achieved by very selected influential figures including Walt Disney.

Under Roland’s direction, the Europa Park resort recently added Rulantica, a sprawling, indoor water park, one of the largest in the world, but it also pushes every perceived boundary of what indoor water parks can be, with highly themed areas, a unique back story and even a Thea-winning themed dark ride in the theme park, Snorri Touren, using the same characters and back story, helping to cross promote the water park. And Europa Park’s six hotels offer themed resort accommodations that set absolutely world class standards for impeccable in-room theming, far above the usual standard. Not just the usual excellence in lobbies and restaurants, but that same level of thematic detail and creative thinking carried into the individual rooms. At every price point they are on a par with or better than Disney or Universal.  Roland’s original university degree was in engineering, so it is not surprising that on his watch Mack Rides has become a world leader in innovative coaster systems, including powered coaster systems that facilitate storytelling by their ability to change speeds or even stop in the middle of an otherwise thrilling ride. Because Mack Rides sells ride systems all over the world, this has given Roland and the Mack family a chance to study audiences in an astonishing variety of cultures, proving that there are some things shared by all peoples, everywhere. A smile is a smile the world over. And although the following is not unique within our industry, under Roland’s direction, at the peak of the crisis Europa Park welcomed Ukrainian refugees. Imagine the arrival of war-traumatized refugees, on the run for eight or more days, without a bed, without a shower and without hot meals, not knowing where they would end up. Imagine how they feel when they are welcomed into a luxury hotel at one of Europe’s greatest theme parks, where they receive rest, refuge and sanctuary. Of course this is something Europa Park would do! It is consistent with their deep story of bringing Europe together to recognize and celebrate our shared humanity.

Roland Mack is married and has two sons as well as one daughter.